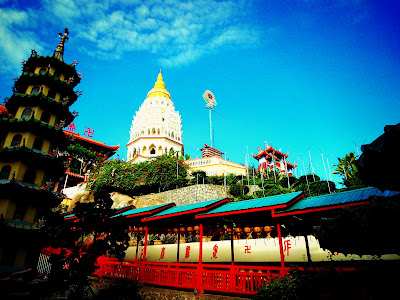 This temple is a MUST for you to visit if you are planning to have a vacation here in Penang,the North part in Malaysia.The temple is so unique that it will gave us such a wonderful experience just by looking at it architectural design and the surrounding environment.

Let me explain a little bit about this place.As you might know,Malaysia is full of colours with a variety of religion,culture and tradition and one of the major ethnic in Malaysia is the Chinese.So,this place is one of the remarkable place of Chinese that had successfully attract people,not only the Chinese but also the others ethnic in Malaysia and also the foreigner.

Kek Lok Si Temple is also well-known as the Temple of Supreme Bliss,it was believed had been discovered  more than 100 years ago by a devout Buddhist from Fujian province named Beow Lean.The temple was once given the name of "Huock San" (Crane hill) due to the hills resemblance of crane spreading its wings. It consist of series of monasteries, prayer halls, temples and beautiful landscaped gardens

For your information,Kek Lok Si Temple even received an imperial sanction Manchu Emperor Kwang Xi, who bestowed a tablet and gift of 70,000 volumes of the Imperial Edition of the Buddhist Sutras and some others relics that still exist today. A hand written scripts and calligraphy by His Majesty Emperor Kuang Xi and Empress Cixi of the Ching Dynasty has also been presented to the temple. As of today, these priceless heritage relics still exist in the temple archives.So,that are some of the history information about this   temple.Lets move on to the best part of the temple.

This temple have 3 section,which are the temple ground,the middle section and the hill top where the popular Kuan Yin Statue is!First of all,this is some advice for you if you wanted to visit this place,make sure your attire is appropriate and comfortable as Malaysia weather is kind of ‘Super Hot’.So the combination of simple shirt,cargo jeans and sport shoes will do. 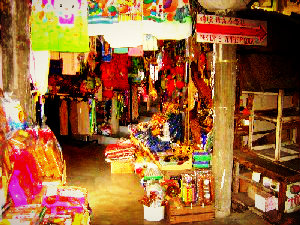 At the temple ground,you will find a lot of souvenir’s shop and this is some advice from the local people,the higher you go, you’ll find that the price of the souvenir is more cheaper than the one at the entrance and if you have a good bargaining skills you can buy it at a more lower price.You can see many local product that you can buy as a souvenir,like t-shirt,hats,fan and sure that is a lot of key-chain and stuff like that that we usually buy as a souvenir.It also at a reasonable price.

Besides that,as you climb the stairs you might see a pond that is full with a turtle or in Malay we call it “Labi-labi”.The pool is actually “The Liberation Pond”.Chinese tradition believes that a turtle is a symbol of longevity, strength and endurance. It is an act of spiritual liberation when a turtle is captured and set free in this pond. 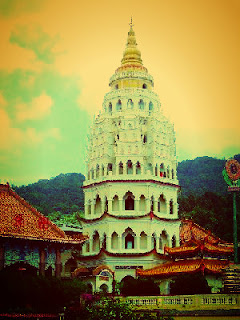 I was very excited during that time when I started climb up the stairs because I cant wait to look for the beautiful scenery and I was wondering what they have at the top of the hills.It was worth it to climb up those stairs as at the middle section you will see the main attraction of the Kek Lok Si Temple, of course the impressive and striking Pagoda of Rama VI which was completed in the year 1930. The Pagoda contains a Chinese octagonal base with middle tiers of the Thai architecture and is tapped with a Burmese Temple crown and towering over one hundred feet and seven storeys high, The Pagoda is currently the largest of its kind in Malaysia. 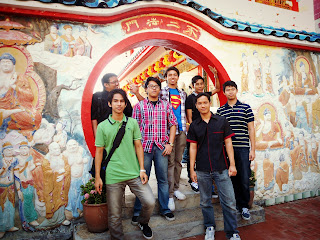 In here you can gain many information about the Chinese culture and the unique architechtural designs of surrounding buildings.You can find a lot of tree that they had hungs up with their wish that they had written in a pieces of paper and if you want to enter the temple,please follow the insrtuction by take off your shoes as they are taking care of the cleanliness of their holy place.(this is a picture of my friends back then in last year,but is not them that i want you to look at,please focus on the mural,pretty cool right!) 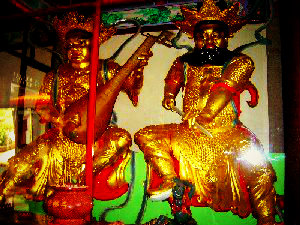 In one of the temple, you can see  the supreme statue of The four heavenly kings sited in the Hall of the Devas (Tian Huang Dian), each of the Mighty Kings controls one of the four points of the compasses. The Heavenly Kings consist of Kwang Mu (Guardian of the West), Tou Wen (Guardian of the North), Ch'i Kuo (Guardian of the East) and lastly Tseg Chang (Guardian of the South).This is the picture 2 of the kings..quite scary because the statue is stepping on a man,but im sure it resemble something for the Chinese community. 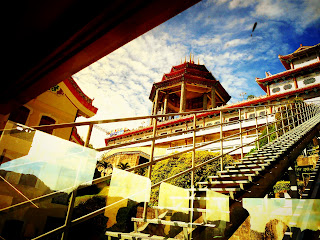 At the hill top,The Kuan Yin statue was completed and opened to the public end of 2002. If you want to get a close-up look of the Kuan Yin statue, look for the signs of the "Incline Lift" that can brings you there. It is an elevated box sized lift mounted on rails. The cost for using the "Inline Lift" will be RM2 each way.(This is the picture of the view from the incline lift,Amazing right?!)
When I went there last year (2011),there were many buddhas’ statues that are still in the process of renovation.So I think,when all the renovation are done it will be more interesting.

It was such an unforgetable memory for me to spend my time in such an amazing place.”If you have a time during the Chinese New Year in the month of January to February,come experience the glittering view of Kek Lok Si at night as it will turned even more amazing as all the lantern and lamp will be light up.So all the surrounding area will be shining with the light,”my ‘laoshi’ (teacher in Mandarin) said to me last time when we went there.Until now I don’t have the opportunity to go there yet during the Chinese New Year but I hope some day I will. I think I had gave all my information and experience about this place,so I hope you will drop by to this mesmerizing place and experience the same unforgetable memory as I am! Thank you :) 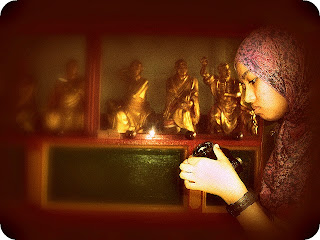