The Genting Story
When it comes to the Genting  story, most Malaysians will recognise it as  synonymous with the rise of its namesake hill resort , Genting Highlands Resort. Many though may not have truly appreciated the mammoth task involved in its construction and the vast resources and reserves mobilised to ensure what has proven today to be an unprecedented success in resort development.
Looking Back with Pride
The idea of a hill resort was chanced upon by late Tan Sri Lim Goh Tong amidst the crisp air of Cameron Highlands in 1964. Tan Sri Lim was then working on a hydro-electric power project at the popular hill resort, patronised mostly by British colonials seeking cool refuge from the tropical heat, when he foresaw a prosperous Malaysia of the future desiring a cool mountain holiday resort within the reach of all Malaysians.
Attractions
Known as the ‘Fun City Above the Cloud’, Genting Highlands is the only legal land-based casino, Casino de Genting, in the country and is owned by Genting Malaysia Berhad, a subsidiary of Genting Group.
Hotels
Resorts World Genting has five hotels. One of the five hotels, the First World Hotel, holds the Guinness World of Records as the largest hotel in the world since 2006, with a total of 6,118 rooms.
Genting Hotel
Highlands Hotel
Resort Hotel
Theme Park Hotel
First World Hotel
Dining
Bakery - Pastries, sandwiches & desserts
Coffee Terrace - Asian and Western buffet
Genting Palace Restaurant - Cantonese cuisine
Hainan Kitchen - Hainanese cuisine
Imperial Rama - Fine Dining Thai-Chinese cuisine
Ming Ren Restaurant - Xinjiang cuisine
The Olive - Fine Dining Western cuisine
VIP Restaurant - Thai-Chinese cuisine
Spice Garden - Indian cuisine
Nightlife
Safari
Cloud 9
All Sports Bar
Patio Bar & Lounge
Theme Parks
Genting Theme Park
The resort has three theme parks which are Genting Outdoor Theme Park, First World Indoor Theme Park and Water Park. There are over 20 signature attractions which include:
Flying Coaster
Genting Sky Venture
Haunted House
Ripley's Believe It or Not! Museum
SnowWorld
Space Shot
Genting Skyway
Genting Skyway (Cabin View)
Genting Skyway, located at the Kuala Kubu Bharu, Selangor side of Genting, Malaysia, is a monocable gondola lift serving the Genting Highlands Resort. Its lower station is located near Gohtong Jaya, and its upper station is located at Highlands Hotel of Genting Highlands Resort.
It was officially opened in 1997 by the former prime minister of Malaysia, Mahathir bin Mohammad.
Amenities
The resort has five performance venues.
Arena of Stars
Genting International Showroom
Genting International Convention Centre
First World Plaza
View of Genting highlands 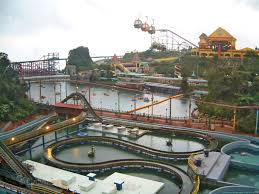 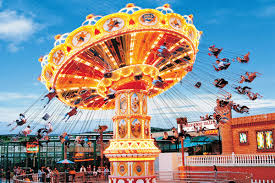 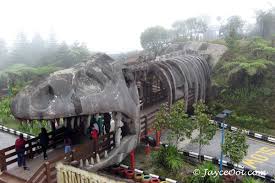 What you waiting for ??
Genting  Highlands  have a lot of excitement so what should you waiting for it have a lot of amazing activities that you should been there. You also no need to go far for extreme activities because Gentling Highlands have all this and have what you need.
The price of Indoor and outdoor activities
Prepared by,
Muhamad Zulhelmi Bin Abdullah Suhami
Hm111C2
Posted by hm1113c1/3c2 at 01:01